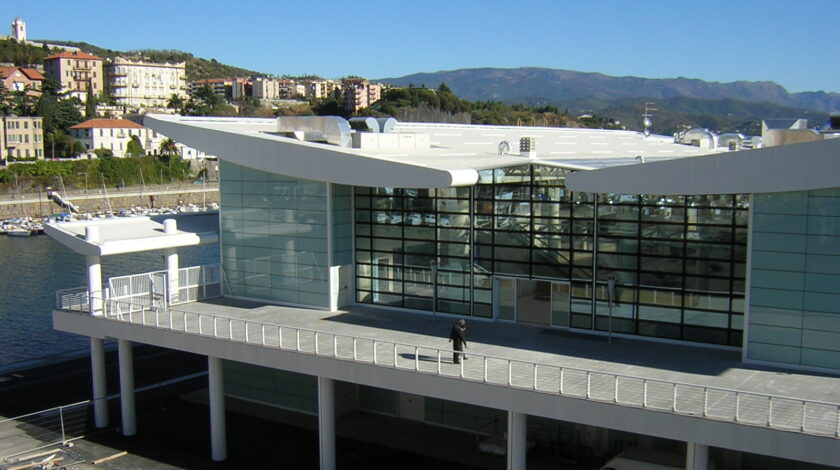 Services| Preliminary, definitive and executive design of the structures, coordination of safety in the planning phase; position assigned following a public tender in May 2001 and performed in a temporary grouping with Eng. Marco Censasorte and the BEA International of Miami – architectural designers and COSTEN S.r.l. – designer of mechanical systems and electrical systems. Direction of the works of the entire intervention, accounting, coordination of security in the execution phase.

The maritime station was built with a regular rectangular steel bearing structure whose dimensions are approximately the following:

It is laid out on a ground floor, resting on a crawl space, a first level, a mezzanine level divided into two separate parts between them and a large two-pitched roof with a central skylight. A covered walkway continues beyond the main body of the maritime station and is structurally independent from this.

All the floors are made of galvanized corrugated sheet type hi-bond with overhanging casting resting on a secondary framework of commercial steel sections with a maximum light of 10.55 m.

Full amount of the work