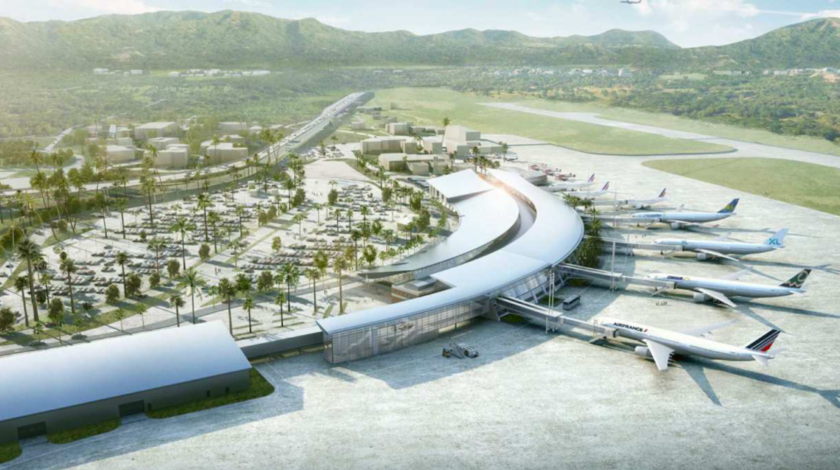 Martinique Aimé Césaire International Airport is the only aeronautical platform on the island of Martinique, the French overseas department. It is located in the municipality of Lamentin, near the city of Fort de France, the island’s capital. Due to the increase in the flow of tourism in Martinique, the company SAMAC (Société Aéroport Martinique Aimé Césaire) has decided to finance an expansion project involving various companies.

The final project based on the tender was prepared by the French engineering and architecture company AIA Life Designer. It provides for the design and construction of the airport expansion, its functional reorganization and the upgrading of the existing terminal.

The airport is a focal point of the territory and aims to express all the components of the island of Martinique, its strong identity, its history and its promises.

The expansion project of the Aimé Césaire airport aims to integrate into the territory of the island of Martinique and with the existing site. The idea behind the expansion project was to take up the geometry of the existing structure, keeping the “two wings of the plane” present on the logo of the Aimé Césaire airport, but at the same time amplify and complete it, integrating a third identity of Martinique: the Pelée, the island’s volcano.

In particular, the project involves the construction of several structurally independent buildings grouped in the two East and West areas and the extensions of some existing bodies, described below: