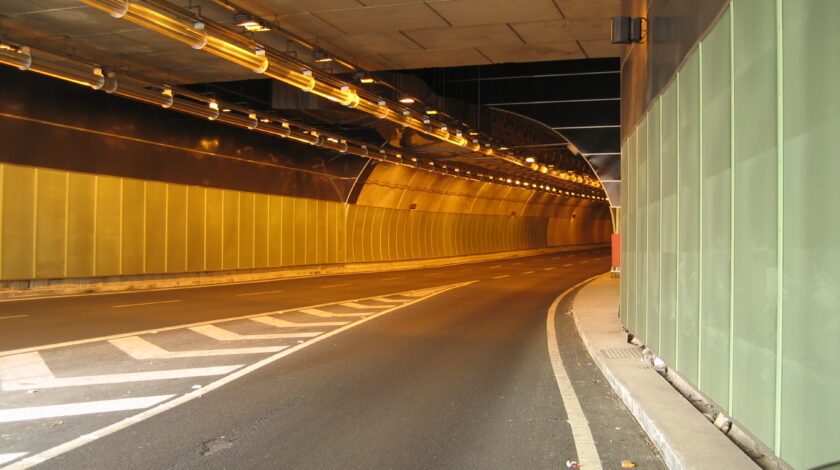 CONNECTION ROUTE BETWEEN VIA DEL FORO ITALICO AND VIA PINETA SACCHETTI; ENLARGEMENT OF VIA TRONFALE BETWEEN VIA STRESA AND VIA BARELLAI.

Services| Design of the artificial tunnel section (L = 1740m), of the new overpasses on Via della Farnesina and Via Colli della Farnesina, of ramps and support works.

Along the tunnel development there are 5 ramps for the internal carriageway and 3 for the outer carriageway. The artificial tunnel is two carriageways side by side, separated by a continuous central septum along which 7.0 m long interruptions are planned for the transit of the Fire Fighter’s vehicles, placed at the mutual distance of about 400 m.

In each field between the driveway exits there is a pedestrian walkway with a width of 2.30 m. There are also pedestrian safety exits, open to the outside, at the mutual distance of about 200 m.

The free height of the tunnel is constant at 6.30 meters above the highest point of the road pavement. The width for each barrel varies from 9.50 m to 12.75 m in the stretches affected by the acceleration lanes.

For the purposes of the structural calculation, 23 tunnel type trunks were identified, differentiated on the basis of the variations in width, thickness of covering and nature of the terrain crossed.

Amount of the works of competence

Length of the entire connection ~ 3000 m